Going to Frieze Art Fair is a bit like shopping at TK Maxx. You sift through the good, the bad, the humorous and the downright bizarre-what-is-that-actually-meant-to-be-anyway? And leave after three hours (you have lost the exit) feeling confused. Your own idea of taste has been so diminished by the sheer amount of stuff you have been bombarded with in a short amount of time you leave with a pair of purple leather trousers that you will never wear (ok that’s just TK Maxx).

The difference with TK Maxx, on a Thursday afternoon is that Hugh Grant is not milling around with a French Brunette on his arm.

This year the good stuff was great.

The bad were shocking. The photos of strategically naked Japanese women tied up with rope were really quite rank.

And there was a lot of indifferent.

Talking of the good, Dirk Skreber’s incredible painting Air Force 4.0 at Gallery Luis Campana was excellent to get up close to and see in the flesh.

Arndt and Parter Gallery, Berlin, had some really cool stuff, including one of those tattooed pigs that have been making the headlines recently. Unfortunately it was a stuffed one. They also had exciting work by Reena Kallat. Stamps (as in the librarian type) had been arranged inside a glass container to create the impression of a face. Doesn’t sound that special but was really well done.

Sterling Ruby ’s work seemed cropped up twice, impressive sculptures made out of Formica, a type of plastic, melted and reformed into huge dripping sculptures that resemble a wax. It was nice to see a Tomory Dodge, a sublime rainbow-on-black abstract painting typical of his most recent work at the CGR Gallery, from New York.

Talking points this year were parrots that had apparently been taught to bark like dogs. Although this seemed highly dependent on the parrot’s mood. And singular glass smoking booths, a working installation, each smoker entirely exposed to an audience as they puff away on the most public fag they will ever have.

Sadly little of the renowned London galleries stood out from the pack. The White Cube for instance displayed Damien Hirsts we have all seen a thousand times before and not much else of any interest. It could have been the exactly the same works as lasts year. Damian could have preserved the whole thing in formaldehyde for this year. Nobody would have noticed.

The thing is, when it boils down to it, Frieze is a fair and the galleries are here to sell.

Curatorial concerns are not top of the list. Most galleries play it safe; they exhibit one or two works from each artist they represent including the ones they find it difficult to sell so that a passing collector can see the full range.

Those that had guts, and treated their space like they were putting on their own exhibition centering on a theme, separated them from the rest.

A gallery based in Old Street, Cabinet, covered the top of their room to create a darkened, quiet atmosphere, and exhibited caricatures and projections. You could put headphones on and listen to Tris Von-Michelle as he jabbered away in stunted conversation whilst taking in the rest of the works. The black and white theme also pulled it all together.

Appetite Gallery from Buenos Aires, billing themselves as ‘radical and contemporary’ lived up to their name. Their space from top to bottom was a controlled mess of art and rubbish, used paper coffee cups lining the sides. A crazily dressed Argentinean lady was asked whether you would like an appointment with ‘the Cotton Man’. Most people survive this meeting apparently, but not with all their clothes in the state they arrived in.

It is just a shame that with this lack of concern for cohesion and the huge concern for the big sale, the galleries have lost sense. They have no interest in producing something for the rest of us, the little people. The ‘general public’ has to pay 20+ pounds to see this hyped jumble sale. Grow some balls galleries! Put on a show next year please! 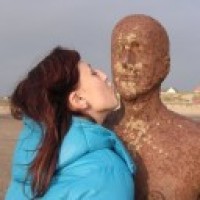